New legislation has been introduced in Victoria (but not yet passed) which will severely restrict the rights of adult children and former spouses and domestic partners to challenge a will or testamentary trust. 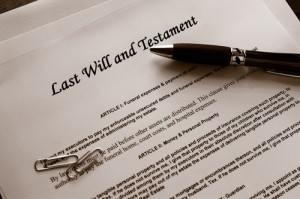 In a major overhaul of the State’s family provision legislation, the Victorian government has introduced legislation which, if passed, will effectively bar the right of most adult children to make claims on their parents’ estates. It will also severely restrict claims by former spouses and domestic partners.

This is a radical departure from current legislation and is intended to restrict the commencement of unmeritorious claims.

Victoria currently has the most liberal legislation in Australia. The amendments, if passed, would make it the most restrictive in Australia.

If passed, adult children will not be able to make a claim on their father’s or mother’s estate except in three circumstances. Those circumstances are that at the time of their parent’s death:

(b)  they were under a disability, OR

(c)  they were wholly or partly dependent on their parent for their proper maintenance and support.

Another significant measure is that written agreements, such as property settlements, will be enforceable. Previously, those agreements were not regarded as preventing a claim being made by former spouses or domestic partners.

Thus, if your client owns a pastoral property, he can transfer part of the farm to his son on condition that his son does not make any claim on his estate.

If you need any assistance with protecting estate assets and succession planning, we can help. Give us a call on 9899 9300 or send us an email.